Why CEOs should care about software testing 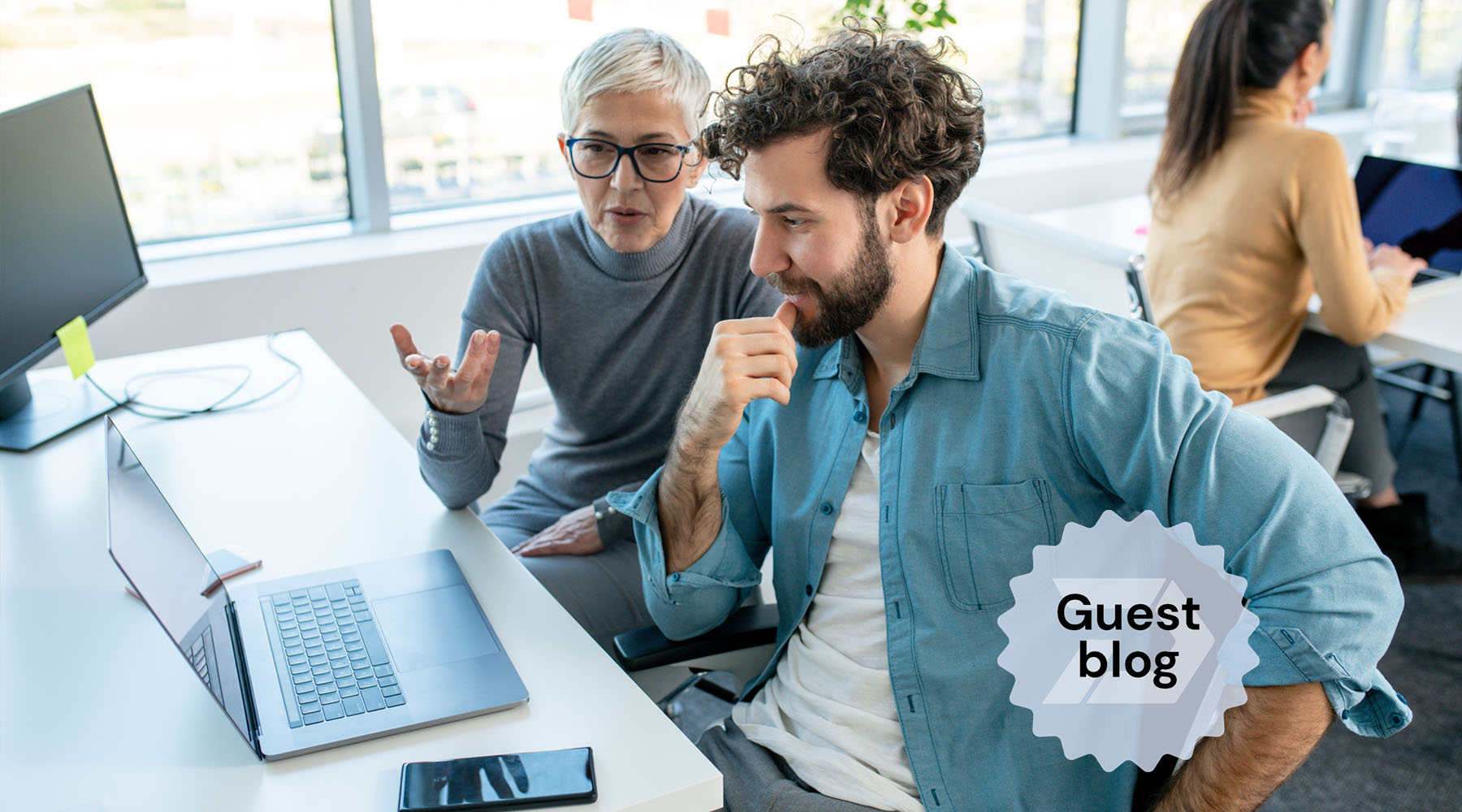 In a recent article published by the SD Times, it mentions that 85% of US CEOs do not see an issue with releasing poorly tested software, as long as it’s “patch tested” later on (essentially, testing in production). Ironically, it also goes on to mention that 95% of CEOs and 76% of testers surveyed reported that they have concerns with regards to losing their jobs in the wake of a software failure. On the face of it, that sounds contradictory – how can they be comfortable with doing something that increases the chances of the thing they fear the most? In any case, it highlights that software testing isn’t taken seriously by a many of CEOs – and that, quite frankly, is a risky game to play.

So, why should a CEO care about software testing?

Let’s look at that question from two angles.

If a CEO is asking that question, that’s not a good sign. They are the proverbial commander-in-chief, the person that everyone looks to for direction and inspiration. If they are not insisting on uncompromising quality above all else, you’ll likely fail in the modern age of unabated competition and innovation.

Some CEOs – and boards – also look to automation as being their saving grace – why do humans take days to run something when it can be run in minutes/hours by a computer? But that couldn’t be further from the truth. You generally won’t automate everything (on average, 50% of your regression pack is typically automated) – if something has passed in the last 5 releases, it’s an ideal candidate for automation. But… you’ll never be able to replace the ‘testers eye’ for detail and to notice something that just simply just doesn’t feel right. Automation only sees what it’s told to look at. It doesn’t provide you with an accurate and wide ranging view of whether your product possesses the quality you hope it’ll have. You need to embrace a pragmatic approach to automation.

On the flipside, some have quality front and centre of their mind – 27% of CEOs in the Fortune 100 have degrees in engineering and science – these CEOs understand the importance of safety critical systems, and the level of testing needed to ensure these are working as designed (functionally) and can support the level of demand required (non-functionally) when the time comes. In some cases the quality of a system influences whether someone lives or dies. However, not all CEOs will possess such degrees to afford them that approach and discipline towards quality. Are those CEOs at a disadvantage?

The short answer is no. Companies can and should take software testing seriously.

Making testing integral to an organisation

Some companies may be more capable than others, but generally this is because they’ve made it part of the fabric of their organisation. They’ve embedded it as far left in their development processes as possible (also known as shift left testing), they’ve ensured it’s measurable, they constantly review and refine their processes. They ensure that their testing is not just merely testing, but something that has been elevated into the realms of ‘quality assurance’. For them it’s not just about checking what they’ve tested, but how they’ve tested. These companies do not rest on their laurels, they do not get complacent and they do not accept that they are simply “good enough”. There is always room for improvement.

CEOs in this space require the utmost commitment and dedication to that cause from their teams, they insist that corners are not cut, and that if it’s not ready, it’s not shipped. An approach that underpins and supports that is Agile development. The only things that are delivered in each sprint are the things that are ready – that meet the acceptance criteria. If they haven’t, it’s back into the backlog for a future sprint. It’s as simple as that.

With that said, if you use more traditional testing methodologies such as waterfall, you risk issues being baked into the process from the very outset. A high number of defects on waterfall projects can be traced all the way back to the requirements themselves, and do you know what is quite ironic about that? When they are simply requirements, and no development or testing has been undertaken, it is at that point that they are cheapest to fix, but given the nature of traditional projects, that issue often won’t be noticed until it’s too late, and often months down the line – thus no longer being a cheap fix, but a rather more substantial cost in all regards – time, money and resource.

It really does underpin the importance of software testing, quality standards and mature software testing process(es) as being absolutely vital to any one (or any CEO) if you are to sink or swim in a world of unbated competition and innovation. If you don’t do something well, someone else will.

If you “do not see an issue with releasing poorly tested software, as long as it’s “patch tested” later on”, you’re doing nothing more than engineering failure.

We’ve all heard Jeremy Clarkson utter his famous line; “How hard can it be?”

Well, we’ve all heard of “Instagram vs Reality” – let’s do “Idea vs Reality”

I’d like to develop and release this application by September

If software testing is not embraced and given the due care and consideration it needs, the consequences can be grave.

A prime example of this came on April 22nd, 2018 when TSB, who were divesting from Lloyds Banking Group, had taken the decision to go-live on their own platforms. What ensued was one of the largest IT meltdowns seen in recent history, which went on to cost the bank £330 million; £125 million of which was related to resolving customer issues, £122 million for hiring additional staff or contractors (to augment the resource required), with the remaining covering fraud, operational issues, loss of waived fees and charges to name but a few.

Customers were affected for a number of weeks following the migration, both at home (via web and mobile channels) and in branch offices. Some 80,000 customers chose to switch their accounts away to other banks with a reported 200,000+ complaints raised.

It is a prime example of how an executive function – and not just a CEO – should not operate when it comes to testing and more widely, delivering big change.

TSB themselves commissioned a 3rd party – Slaughter and May – to investigate and report on the what and why of this failure. The findings are stark and make for some very sobering reading.

Whilst we won’t ever know the exact thinking behind the decisions the TSB executive team made, what we do know is that the testing was determined as being ‘inadequate’ and that “TSB did not give sufficient consideration to whether a largely single event migration was the right choice, what the risks of this approach would be, or how those risks would be mitigated”. Additionally, despite the migration project consisting of 70 third-party suppliers and 1,400 people, TSBs owners (Sabadell) decided to conduct the migration over a single weekend – and that TSBs discussions around this ‘big-bang’ approach were not “substantial”. I won’t go into much more detail about those failings, as this could be an article (or even a series of articles) all on their own! But, it’s clear that the decisions here were not driven by quality, and were likely time or money driven. And more often than not, that approach will lead to failure.

Ignore testing at your peril

Overlooking, undervaluing or under-appreciating the necessity for a robust test approach and planning is something you do at your peril. The risks are simply too high – in TSB’s case it will have undoubtedly had an impact with:

At the end of the day, testing is all about identifying and mitigating risk, not introducing it.

If your CEO cares about testing, they care about delivering a product to their customers that is the best it can be – and this in turn can have a positive impact on reputation and profits. You don’t want to be a company that is synonymous with poor user experience, or unstable services, because if quality is compromised in the name of saving time or money – it will do the exact opposite – it will cost you more money and more time down the line when you will need to remedy any shortcomings and issues that arise.

I think it’s also worth noting that this doesn’t just apply to big releases – if you can nail down a solid, considered and robust approach to your testing (and quality in general), it can ensure that even the smallest pieces of work receive the same quality standards as their bigger counterparts.

If you start with quality in mind, you’ll end with quality delivered. Underpin that with sound and considered processes – ensure you review, refine and refactor as you go, and quality is very much assured.

Sam Needs is an experienced Test Lead with over 9 years as a Test Consultant contractor working in sectors such as Financial Services, Retail and Business Banking, Utilities, Consultancy and Telecoms.