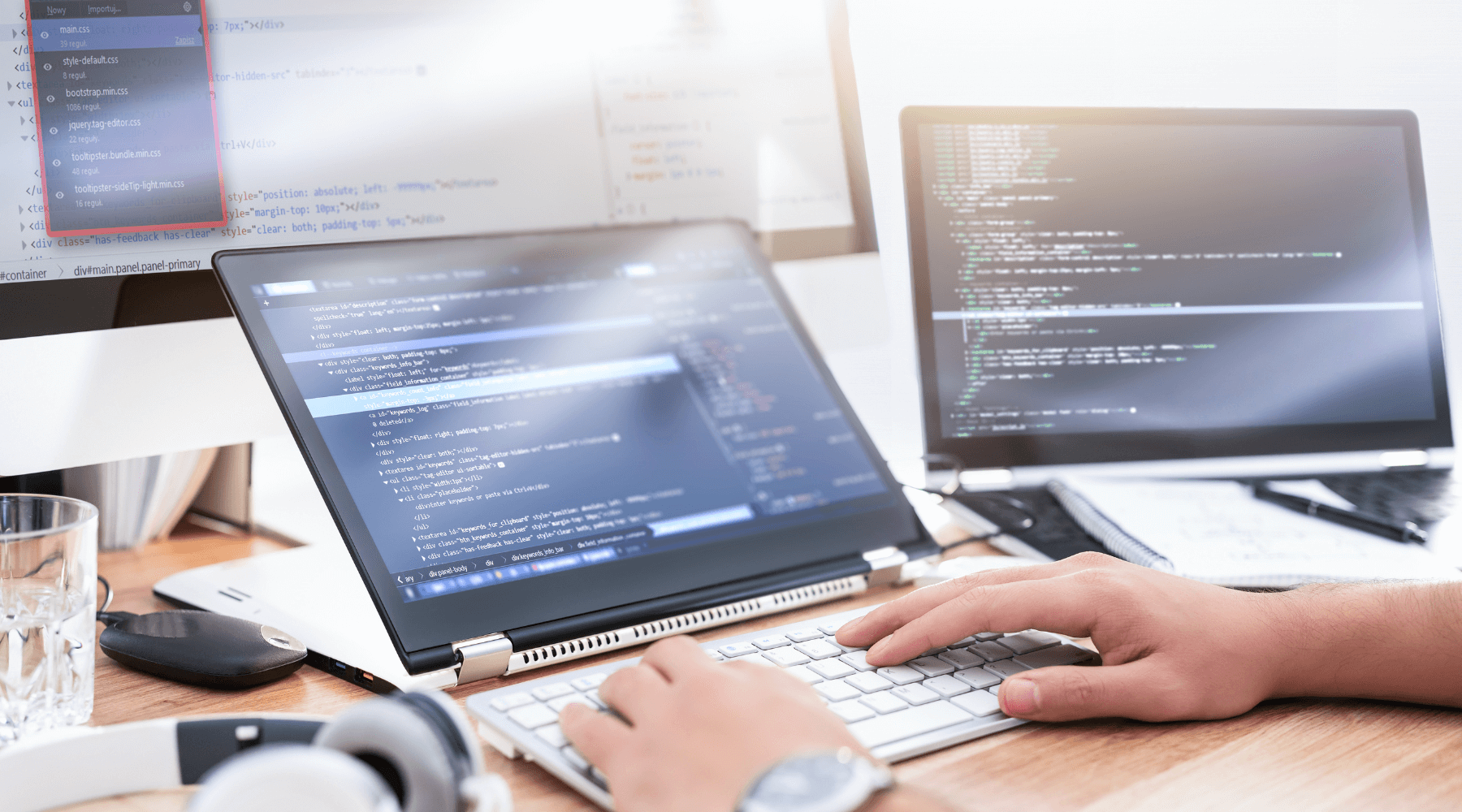 Right now, the UK is going through a bit of a rough time – it’s inescapable. At the time of writing, Liz Truss has not long been ousted as Prime Minister and Rishi Sunak is trying to resolve the issues that she couldn’t. Line this up with the fact that much of the world is struggling; a combination of Covid, inflation, increased energy prices, reduced currency value and difficult supply chains are already being felt by both the consumer and business. All these factors add to the reality that the capturing the pound and retaining profitability is going to be harder for every retailer over the next months, or even years.

ASOS have recently announced their strategy on getting recession ready. In a nutshell, they have decided to write off £100m of stock, taken a £650m overdraft and cut its costs through a range of measures. A bold approach, but these actions have been accepted well by the market.

However, making these changes may not be right or even possible for many ecommerce companies and this is enough to keep many ecommerce managers awake at night.

So, if you’re being kept up at night with worry, this 7-part blog series on the best ways to recession proof your ecommerce sites is just for you.

Help is at hand, and not where you expect. Many ecommerce managers are not aware that high-quality software testing/QA (quality assurance) can support an ecommerce company and ensure that conversions are kept high, new markets are opened, and customers become more loyal, meaning the inevitable drop in sales is halted or even turned around.

This eBook will help you to drive improved conversions and new revenue lines from your QA team from actionable changes you can make today.

So what is a recession? A recession is a widespread, prolonged, and significant economic downturn.

In principle, recessions tend to last no less than six months. Many economists identify a recession as two consecutive quarters of negative growth in a country.

Recessions tend to produce a decline in consumer demand, employment and economic output, which in turn can harm an ecommerce brand.

A downturn must be pervasive, lasting, and deep to get classed as a recession, but these calls tend to be made by academics rather than mathematical formulas.

In ecommerce land, a recession due to inflation, the stock market, or other factors, can majorly impact any brand. In a downturn, personal finance drops for potential consumers and thus ecommerce companies find themselves scrambling to maintain profits. An ecommerce company is likely to see:

Doesn’t sound like great news does it? Well luckily, we have a few tips and tricks that you can drive out of your quality software testing team yet to help buck these trends.

So, what do we mean when we say ‘Quality Software Testing’?

What makes ‘Quality Software Testing’, and do you have it?

Most development teams will have some degree of QA coverage which will typically range between the developers completing the testing through to an extensive test team and thorough QA process.

However, many of these companies may not be looking to their QA capability to drive an improved conversion rate. In fact, the majority of software testers have minimal exposure to the conversion metrics, certainly not using it as a KPI, despite the fact that this is the main reason that they are around.

Here are some of the elements that will need to be fully working to ensure you get maximised conversions:

Sounds like a tall order, but the likelihood is that much of what you have already is suitable, it will just require a little tinkering and focus to ensure it really delivers. If you haven’t got all of this today, you can consider outsourcing or look to start your journey towards this objective.

So, you understand the problems you have, and are working towards an optimised QA team, you also have the drive make your ecommerce site recession proof, let’s look at some of the ways that you can target this. This week we take a look at our first advised strategy.

It may sound like an obvious requirement, and you likely feel that you can already deliver this, but if the UK moves into recession, this is one of the most important tools in the ecommerce armoury to avoid a decline in sales.

The ability to facilitate a rapidly changing site, enabling prioritisation of certain lines, sometimes base cost products, is important. Research reveals that the cost-of-living crisis is a top concern for shoppers, with 36% of consumer complaints focused on the cost of items, up from 24% just six months ago. In addition, customers were focussed on buying lower priced goods with 41% feeling that a premium brand was not worth the money. Being able to react and update the site quickly to facilitate changes in customer demand is vital.

Yet many companies are ineffective at delivering rapid releases with the changes that are required to achieve maximum business performance. They are saddled with:

Some examples of how this might manifest in your world that we have witnessed before include:

A large ecommerce company had invested in automation; however, the automation could never keep up. They had a couple of automation engineers who were trying their best to provide value. Whilst the automation had covered core journeys, the sheer volume of changes in each interface meant that the automation team could not add new functionality tests in each release. Clearly the manual test team were covering a range of journeys as part of their testing so the investment in automation led to little or no benefit.

Another company in the high-end market had a test team that worked well in many ways. The company had looked after its staff and consequently many had been in the team for several years. They had developed a way to test the site by reusing the same data (which they knew worked) and keyboard short-cuts to expedite the process. Effectively they were super-users for their own site, and blind to a typical consumer journey. Unfortunately, due to this ‘need for speed’, they were missing a large number of user scenarios which were hiding a number of customer-affecting issues.

A global manufacturer who sold directly using ecommerce challenged its 12 person QA team to hit more and more sprints. Unfortunately, they were already running at maximum capacity so when the new release came in, they had not yet finished testing for the previous release. This meant the team was suddenly split, and led to all sorts of confusion, especially when the development team had to manage two releases or more, at the same time, driving down the overall efficiency of both the QA and development teams.

How do you deliver high-cadence quality software testing?

This is perhaps one of the most asked questions relating to software testing, a challenge to most organisations. Historically, companies tried to grow teams, then look at offshoring, the final hurdle being automation. Whilst some companies report success based upon these strategies, few solutions give a significantly scaled ‘real’ customer like testing solution. The only answer that can provide high-coverage regression testing with the attention of the human-eye and at a reasonable cost, is ‘scaled’ crowdsourcing with teams of 40+ testers on each release.

Crowdsourcers can use globally sourced execution with the benefit of cycling through various different testers for execution, meaning that a clean eye is given.

An alternative would be to have a good contractor base who can be called upon when required, or an easily deployable team from a different department who could be relied upon to avoid normal day-job distraction and give quality results. Typically, these options are either not-cost effective, or cannot be relied upon to give the results required, especially when we consider the need to reduce internal costs.

Next week we take a deep dive into strategy 2 for ecommerce sites wanting to beat the recession, but if you can’t wait we have a handy downloadable eBook guide which runs through 7 tips and tricks you can use to drive improved conversions and new revenue lines from your QA team, with actionable changes you can make today.

7 ways ecommerce sites can beat the recession with QA tactics 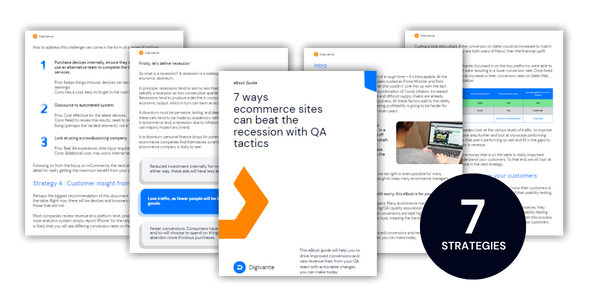