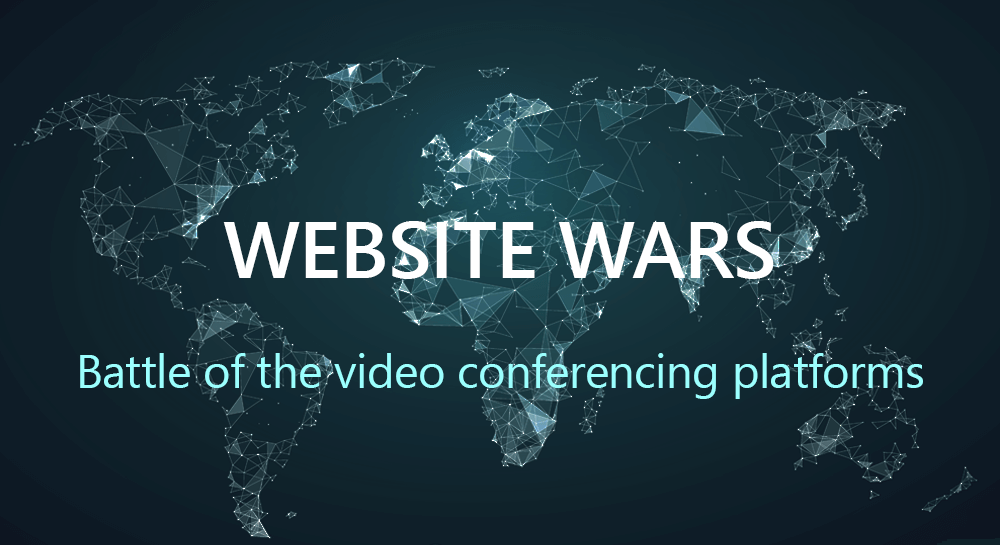 Can you remember what it was like to sit down and talk to someone, face-to-face? For many of us, 3D interactions are a distant memory as we’re consigned to communicating and collaborating with our colleagues, friends and family through a 2D screen.

For the world’s video conferencing platforms, this has been a golden age and Zoom is now synonymous with the world of online communications. At its peak the company counted more than 300 million daily participants in virtual meetings, while the number of paying customers has more than tripled.

But Zoom isn’t the only platform out there, and it’s rise in popularity does not necessarily dictate its dominance in the user accessibility and compatibility stakes. Microsoft Teams, for example, has seen a similar surge in popularity with the number of daily average users doubling to 75 million during April 2020, compared to March 2020. Other video platforms have reported similar levels of growth during lock-down.

In our latest research, we’ve compared three of the largest video conferencing platforms in the world: Zoom, Google Hangouts and Microsoft Teams. Focusing on the point of entry for each platform, we considered the accessibility of their homepages and their compatibility across different browsers and devices.

Each platform is assessed based on their performance across these two fields. The winner is the video conferencing platform that performs best across these accessibility and compatibility tests. Here are the results.

Accessibility is key for any web-based platform, where individuals must be able to seamlessly understand, navigate and interact with the site or application they’re using. At Digivante, we regularly perform accessibility testing for our customers to cover the many issues that may prevent or discourage disabled users from using or purchasing from their site.

For this assessment, we ranked the video conferencing platforms based on five fundamental accessibility areas: Controls and Forms, Design and Usability, Interaction, Structure and Layout, and Multimedia Accessibility.

We usually use a range of test cases when we conduct accessibility tests for our customers. For this specific assessment, we chose one specific test case and ran it against each homepage of the videoconferencing big-three.

For Google Hangouts, the platform did not have available alt text for some of its non-text content. This makes it impossible for screen readers and browsers to describe images and other multimedia content to users who are unable to see them.

Microsoft Teams failed on Design and Usability, where the homepage’s navigation breaks if you turn off CSS in the browser.

Zoom failed on three fronts. We observed nine errors across its Controls and Forms, including missing labels. The platform’s keyboard interaction also contained errors when selecting a button in the banner area of the homepage. Finally, the homepage also lacked alt text content.

Compatibility tests check that a website performs as expected across a range of devices and platforms. For this assessment, we selected five popular smartphone devices and four web browsers, running the same test case for each videoconferencing platform’s homepage. For this test case, a guest user navigated to the homepage and then accessed the login section.

And the winner is…

This work provides a snapshot of the valuable website and app testing services we offer at Digivante. With our community of 55,000 carefully managed and vetted professional testers, working in 149 countries, we can test your conversion paths, online launches and new functionality to make sure everything works first time, every time.

This test provides a snapshot of the many, different testing services we offer at Digivante. With our community of 55,000 carefully managed and vetted professional testers, working in 149 countries, we can test your website and online applications, evaluating your conversion paths, online launches and new functionality to make sure everything works first time, every time.

If you’d like to find out more about our unique and innovative approach to website and app testing, please speak to a Consultant today.