What is quality assurance and why does it matter? 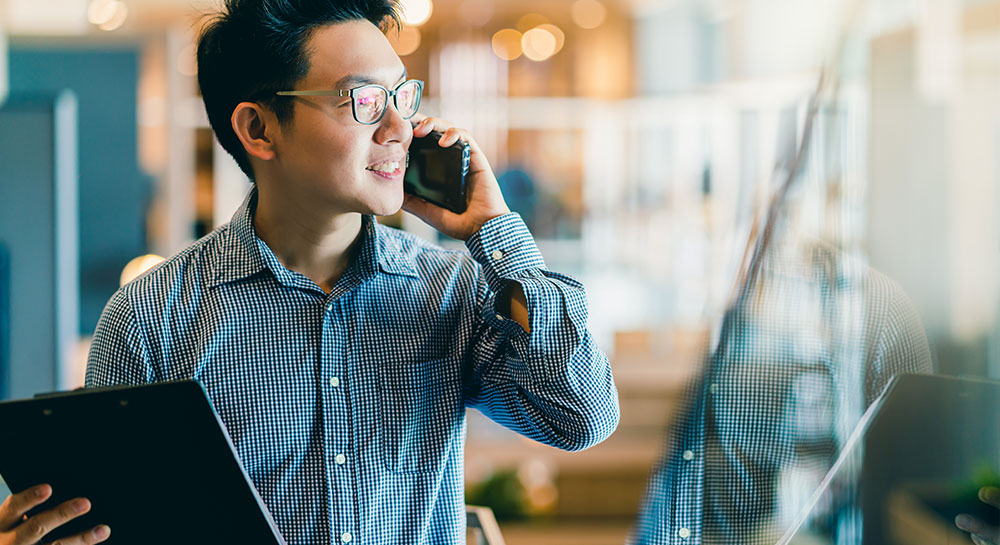 For any company with a digital product, quality assurance is the process of ensuring that a new digital product, and its consequent versions, is released without issues for customers and that the product works as intended. In short, it’s to ensure that standards of quality are met.

Quality assurance isn’t a single thing. It’s a combination of techniques and activities to make sure a digital product is successful and meets the expectations of stakeholders because quality has been considered throughout its development, release and post-release.

Managing an effective and sustainable quality assurance process for websites and apps has become steadily more demanding. Digital product owners feel the pressure to ensure their product works on a breadth of available devices and operating systems and the challenge for QA teams has grown as delivery timelines shrink, while the scope of each delivery increases.

Removing digital barriers between you and your customers

Quality assurance focuses on both maintaining and proactively improving the software development processes. Companies should have processes and standards to be followed which need to be reviewed for improvements on a periodic basis, helping staff to follow quality standards correctly and consistently.

One key part of QA is testing. But testing isn’t a one-off occurrence never to be considered again. Testing should be done at every stage of a digital product’s development. If QA is built into a project from start to finish, it averts more expensive resolutions of issues further down the line. It’s much more cost effective to address quality issues earlier in the software development lifecycle than after releasing a product.

What types of testing should be considered?

By testing your digital product for accessibility means that you’re ensuring you offer a great experience to any user. Using up to 79 individual tests that comprehensively cover every aspect of WCAG 2.1 A and AA standards, writing an accessibility statement explaining how you’ve considered accessibility in the creation of your site all helps to be compliant with your country’s equality act.

Big names like Domino’s Pizza, Nike, Beyoncé and Netflix have been sued for having inaccessible websites so it’s certainly financially beneficial to build accessibility into your development and testing cycles.

Cross browser testing, or compatibility testing is about testing your digital product on the range of devices, browsers and operating systems that customers might use. No emulator, however good, can guarantee the identical experience to using a device and its installed browser. By making sure your product works across browsers, you maximise your revenue potential because the experience for users, no matter their device, is excellent.

Digivante’s conversion analytics tool, Convert, helped Claire’s identify poor website performance on specific devices and browsers, which allowed them to do specific testing on the same devices to pinpoint the issues. By focusing on ensuring its site worked better across a wider range of devices/browsers, Claire’s saw an astonishing 35% uplift in conversions in less than four weeks.

Exploratory testing is exactly what the name suggests. An exploration of a website, making the random journeys a user might make and identifying weird and wonderful issues that may not be picked up in set test cases.

Your users want to see their local knowledge, culture and standards reflected in websites and apps they use and can see through inauthentic experiences. Ensuring your website and apps work in local markets is essential for your bottom line. And it’s not just about good translations. You can’t make assumptions that certain payment platforms are accepted in all countries, or that your colour or image choices are acceptable in certain markets.

A great example of this is Coca-Cola. Just take a look at the difference in their websites for Canada, Japan and the UK.

Post-release testing is about testing after go-live. Even if you’ve tested thoroughly throughout your development process and pre-release, it doesn’t mean that everything is guaranteed to go swimmingly post-release. For example, if you have third-party integrations on your site that you’ve been using sandboxes for in your test environment, you need to be sure that post-release those integrations are working as they should in live.

Back in 2014, Marks and Spencers relaunched its website. Having spent £150m on the site, it looked really good, had a stunning and simple design but people couldn’t use their existing accounts, passwords couldn’t be reset, it didn’t work well on a tablet and it was crashing. The result? An 8.1% drop in sales and share price dip.

Though it’s often considered boring and a bit of a drag , skipping regression testing is a high-risk strategy for a business. Imagine releasing a new update of your app or site and having key existing areas fail?

Having your target users test your website means that you discover behaviours that you might not even have considered from your audience. User experience is hugely important and unfortunately users seldom act systematically or predictably! Testing your website in a user’s real-world environment captures their initial interactions and key journeys. A bad user experience often means users won’t return again.

There are lots of articles highlighting poor website design. Well known brands like CNN and the BBC have been slated for poor redesigns.

Security testing allows brands to test their website or app for security issues in an effort to find vulnerabilities and reduce the risks of malicious attacks from hackers. It’s important to identify threats to ensure the system doesn’t stop functioning as it should and to ensure loopholes can’t be exploited.

This article by CSO online highlights the biggest data breaches of the 21st century, including Yahoo, Alibaba, LinkedIn, Facebook, and unfortunately many more.

Performance testing tests a site or app under load. It will look at speed, response times, how stable the site is, how it can scale according to the load and how much resource it uses. It’s important to run performance testing so you know that your site won’t perform badly/slowly when it’s hit by a lot of visitors.

Pokemon Go is a prime example of where things go wrong in this regard. In 2016 the new Pokemon Go game was released but such was the surge in user demand that the heavy loads caught the creators by surprise and they actually had to pause the roll out. After having some great initial momentum the take up slowed until the loads could be addressed more effectively.

The above examples of issues raised from not addressing your QA challenges head-on could cause a disaster for your business and reputational damage to your business and even you personally. Ensuring a thorough, detail-oriented approach to quality assurance, using the right methods at the right time reduces scary surprises and panicked firefighting.